QCBS symposium
The annual QCBS symposium, held on 7-9 December, was a great success! Thanks to all who contributed and participated. View presentations from the symposium.

Au revoir Dr. Dansereau
The QCBS team is extremely saddened by the news of Pierre Dansereau’s death. He played a fundamental role in crafting ecology science in Québec and worldwide. Read his bio here, or listen to the documentary ‘An Ecology of Hope’ . 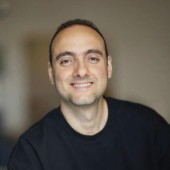