The North American Dialogue on Biocultural Diversity took place from the 5th to the 8th of May 2019 in Montreal, Canada. The Dialogue aimed to promote exchange and co-creation of knowledge between different actors to contribute to better understandings of the interlinkages between biological and cultural dimensions of diversity, and the implications for resource management and decision-making processes. It also aimed to raise awareness and recognition regarding the role of indigenous languages and of local and indigenous knowledge and management systems, which provide the foundations for a rich and flourishing biocultural diversity.

The objectives of the North American Dialogue were to:

Documents for the dialogue are available at the following web page

All photos can be found by following the link. Below are a few. 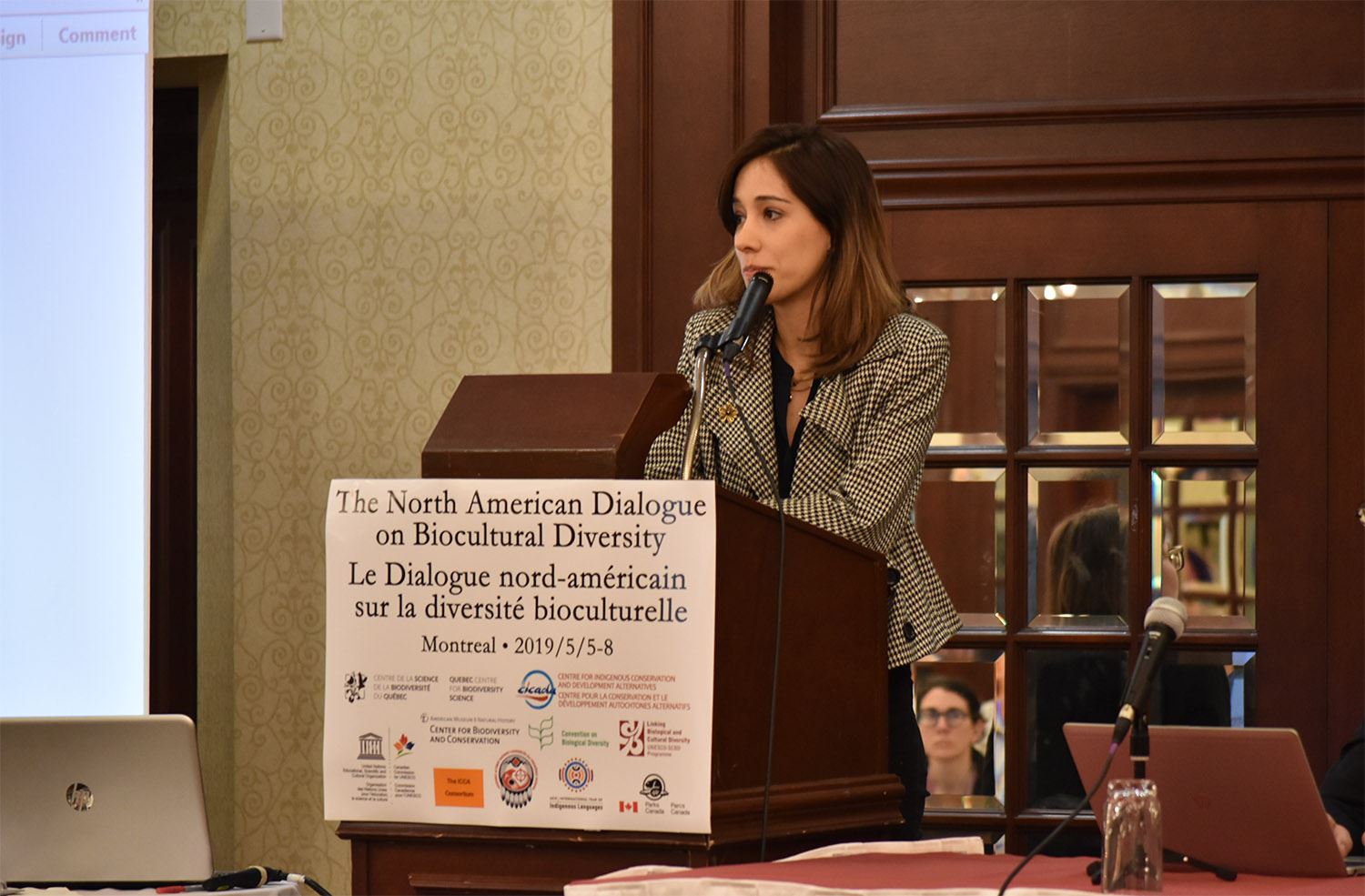 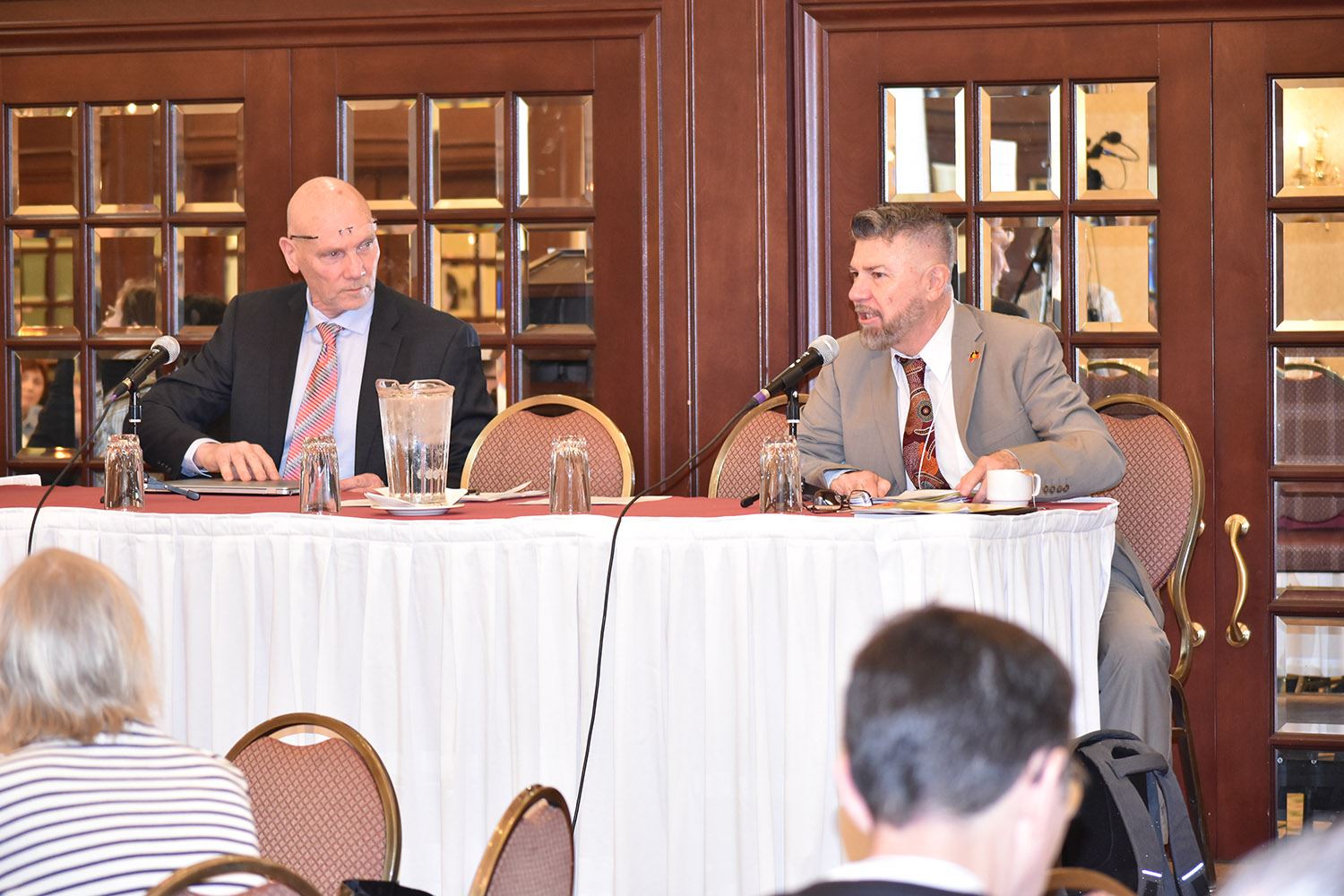 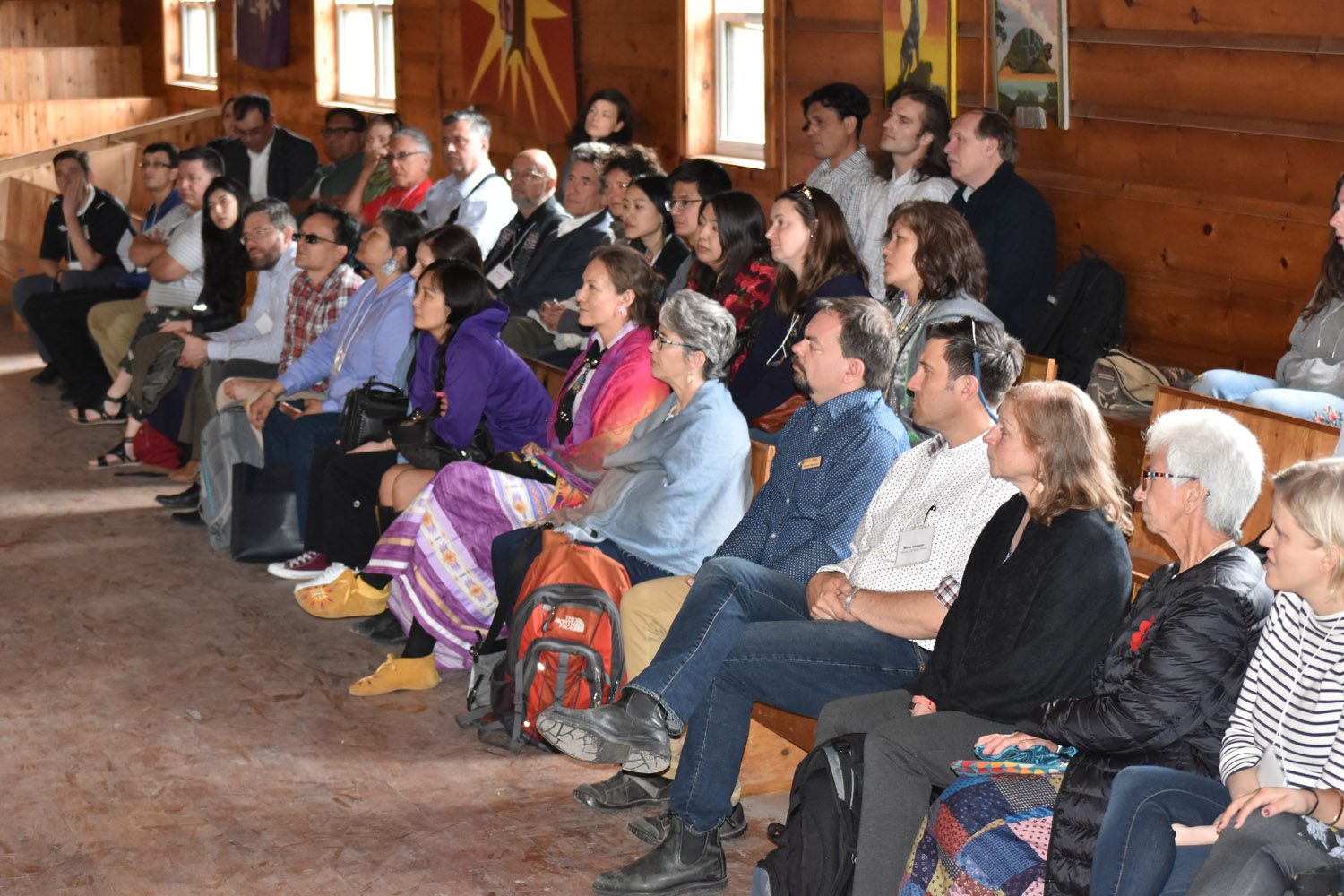 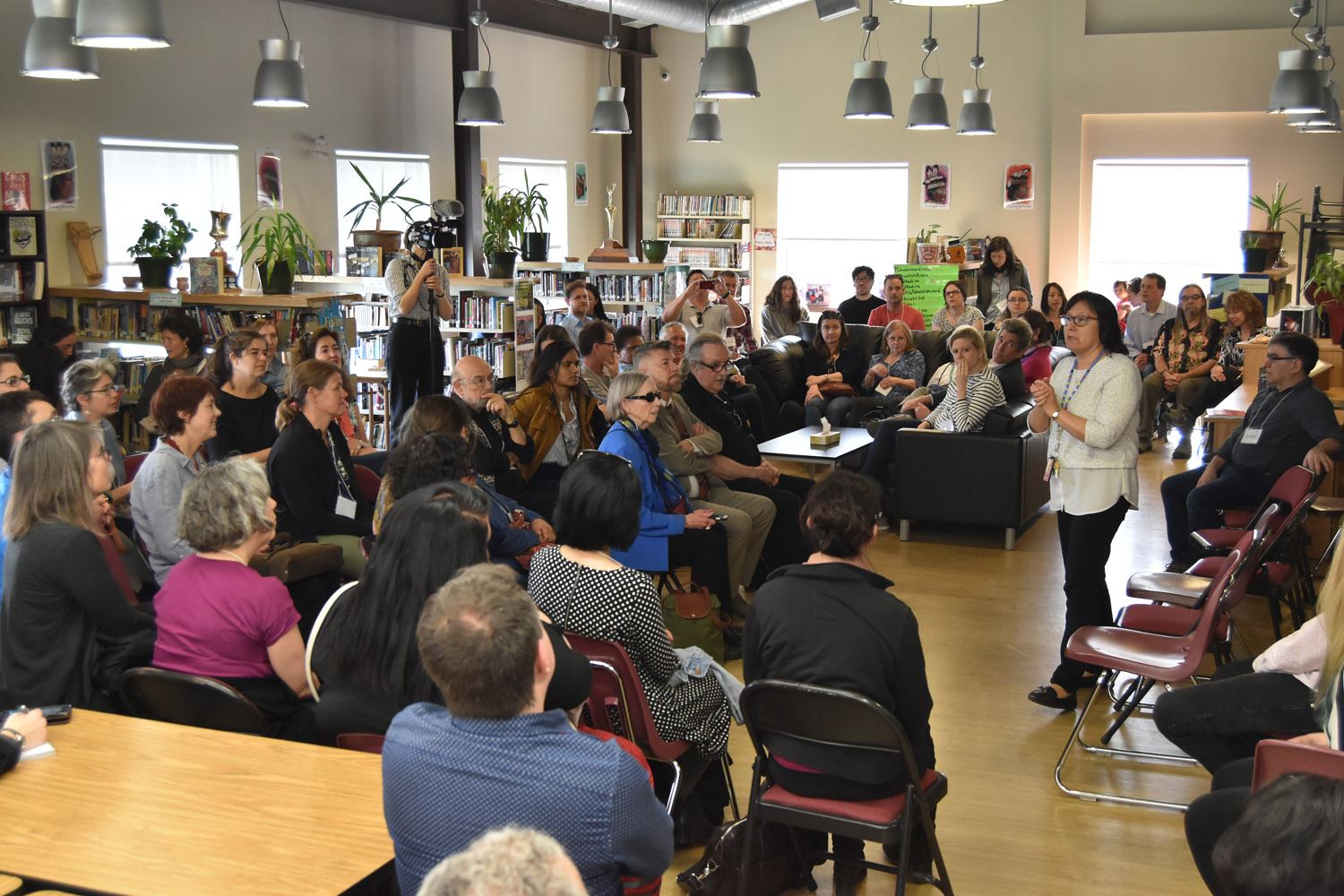 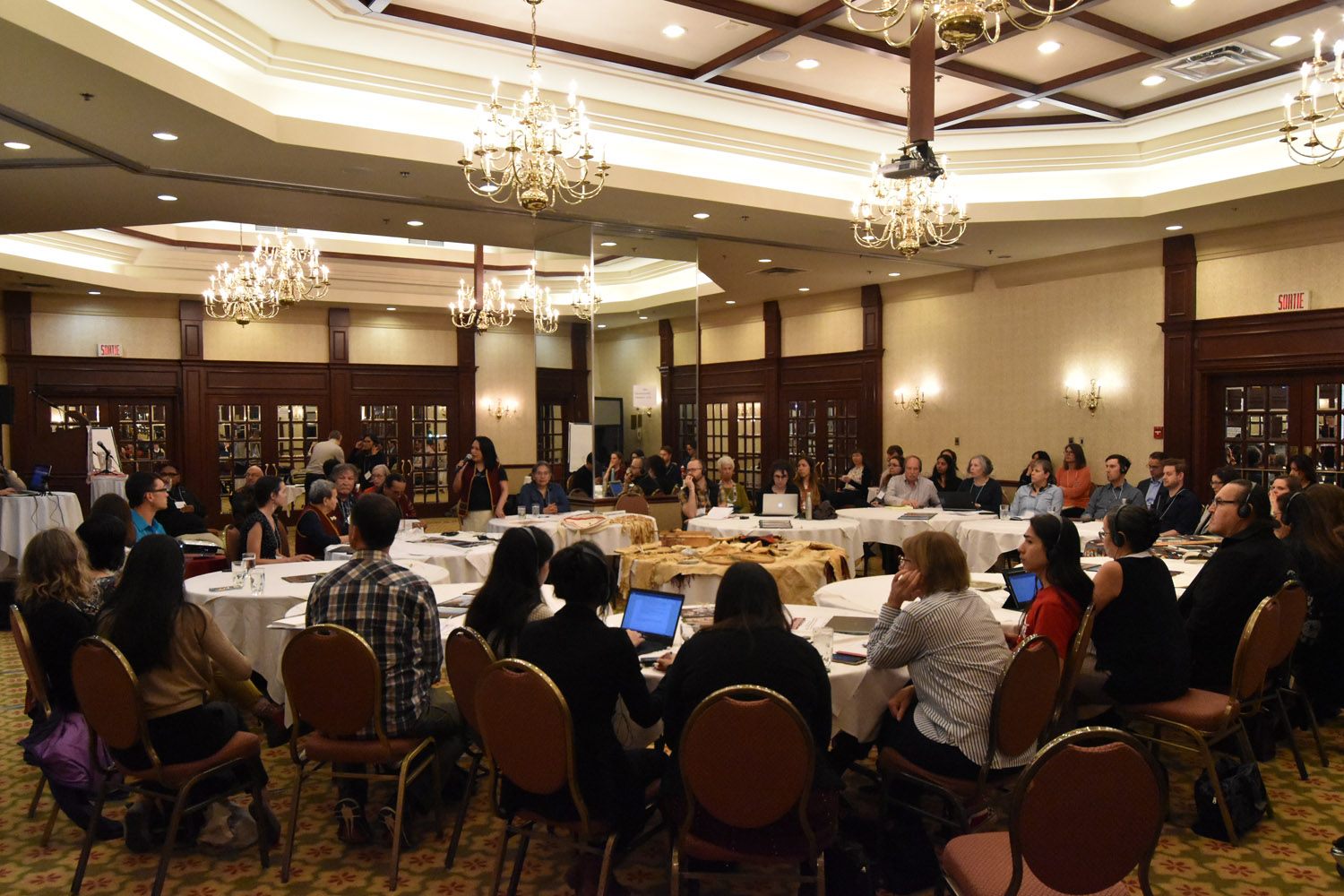 The North American Dialogue was part of a series of events organized within the framework of the UNESCO-SCBD Joint Programme of Work to explore the meaning and values of the links between biological and cultural diversity at the regional level and implications for solutions for global problems facing humanity (such as climate change, desertification, and unsustainable use of natural resources).

Cultural diversity, including linguistic diversity, provides humanity with resilience to adapt to changing times. Biological diversity contributes to ecosystem health and resilience in contexts of change. Addressing complex environmental and social challenges in today’s world will require interdisciplinary approaches and systems-level perspectives that recognize and build on the interlinkages between humans and nature.

As such, there is an urgent need to strengthen dialogue, collaboration, and exchange across multiple knowledge systems, sectors, disciplines, and scales. The North American Dialogue convened a range of actors to exchange knowledge and explore the meaning and value of biological and cultural diversity in Canada and the United States.

The Centre for Indigenous Conservation and Development Alternatives (CICADA)

CICADA is a multidisciplinary research centre with headquarters at McGill University that targets the conceptual and practical potential of indigenous peoples’ collective ‘life projects’ to generate innovative regimes of environmental protection and alternative visions of development. CICADA brings together the projects and programs of more than seventy regular members and collaborators, representing great depth of experience in partnered research with indigenous peoples globally. More information is available at http://cicada.world/

The Canadian Commission for UNESCO

In collaboration with its members and partners, the Canadian Commission for UNESCO team identifies and articulates topics of interest in Canada. Our three themes reflect UNESCO’s international priorities and shape all of our efforts in Canada and internationally. Each theme includes a series of initiatives to be implemented by CCUNESCO and reflects the action areas of our networks. The themes are: Building inclusive communities; Encouraging innovation; Protecting our heritage and the biosphere. More information is available at: https://en.ccunesco.ca/

The Assembly of First Nations (AFN) is a national advocacy organization representing First Nation citizens in Canada, which includes more than 900,000 people living in 634 First Nation communities and in cities and towns across the country. More information is available at: http://www.afn.ca/about-afn/

The American Museum of Natural History created the Center for Biodiversity and Conservation (CBC) in 1993 to contribute its extensive scientific and educational resources to the conservation of the great variety of life in all its forms and the essential interactions among them – our planet’s biodiversity.

The CBC transforms knowledge – from diverse sources and perspectives, and spanning areas of scientific research as well as traditional and local knowledge – into conservation action. More information is available at: https://www.amnh.org/our-research/center-for-biodiversity-conservation.

The mandate of Parks Canada is to protect and present, on behalf of the people of Canada, nationally significant examples of Canada’s natural and cultural heritage, and foster public understanding, appreciation and enjoyment in ways that ensure the ecological and commemorative integrity of these places for present and future generations. More information is available at: https://www.pc.gc.ca/en/agence-agency/mandat-mandate.

The Association ICCA Consortium is established to promote the appropriate recognition of, and support to, indigenous peoples’ and community conserved areas and territories (ICCAs) at local, national and international levels. The ICCA Consortium was officially established in Switzerland in 2010 as an International Association under the Swiss Civil Code. It is a membership-based civil society organisation supported by an international semi-volunteer Secretariat based in twenty-two countries. More information is available here: https://www.iccaconsortium.org/.